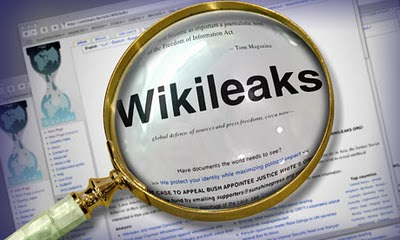 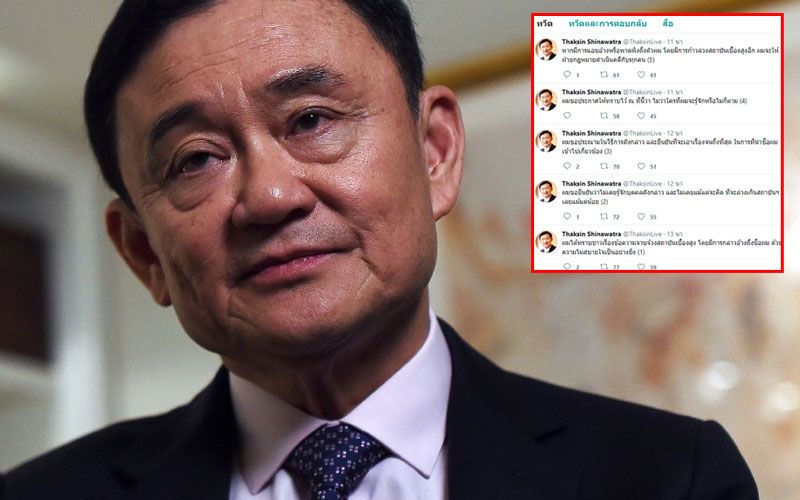 1. (C) SUMMARY: Thaksin told me again that he would not be
back as prime minister, but he still plans to lead his party
to election victory before he steps down. I suggested that
he could lower political tensions and preserve the option to
return as PM in the future if he stepped down soon; he said
that he might do that (or he might not.) Thaksin expressed
no desire to be PM again, but seemed committed to staying on
through the elections. Thaksin defended his lightly veiled
attack on Privy Council president Prem as an effort at
transparency, i.e., revealing the “unconstitutional” palace
intrigue against him. He extolled his Thai Rak Thai as a
model of democracy and said that his economic policies had
made the rural population “richer and smarter” and therefore
less beholden to the King. This was the root of the King’s
antipathy to him. Thaksin dismissed the threat from any
opposition force. The Democrat party and the NGO opposition
groups were weak, and the Army would not launch a coup.
Thaksin suggested that we try to finish the Free Trade
Agreement negotiations as soon as a new government is in
place. Although Thaksin seems reconciled to retiring from
political life over the next few years, he cannot seem to
resist the urge to pick a fight with the Palace. His actions
will keep political tensions dangerously high over the coming
months, END SUMMARY

2. (C) PM Thaksin invited me to lunch on July 7. He arrived
at the restaurant looking relaxed. After a brief discussion
of why the restaurant had no American beef (they claimed that
the recently-lifted US beef ban was still in place, much to
Thaksin’s chagrin), we began a wide-ranging discussion of the
current political situation. I started out raising Thaksin’s
inflammatory comments to civil servants last week, in which
he described a “charismatic person” trying to overthrow the
government (ref A). Although government and party spokesmen
have tried to deny it, Thaksin freely admitted to me that he
was referring to Privy Council President Prem. He said that
he “wanted to flip on the lights and flush out the ghosts.”
It was wrong, and undemocratic, for Prem to work against the
PM behind the scenes. Thaksin alleged that Prem was trying
to influence various judges involved in the key cases
pending, including by “dangling the prospect” of a privy
council position before one of them. Thaksin again honed in
on Prem’s sexual orientation to criticize him in terms not
fit for a family telegram.

3. (C) Turning to the highest profile case – the threatened
dissolution of Thaksin’s Thai Rak Thai (TRT) and the Democrat
party — Thaksin predicted that neither would be dissolved.
He expected that the embattled Election Commission (EC) would
resign shortly, and it would take some time to replace them.
This might delay the election, currently scheduled for
October 15. Thaksin felt that this delay was acceptable.

4. (C) Thaksin said he had a three stage plan. First, TRT
would win the upcoming elections. Thaksin would not serve as
PM, but another TRT figure would fill this position. Thaksin
would remain as head of the party and MP. After about a
year, Thaksin would step down from the party leadership, and
about a year after that, would resign his MP slot. He would
then start the “Pak Suk Niyom” — the “Hedonist” Party.

5. (C) I asked, if he was planning to step down anyway, why
not announce that now, and reduce the political tensions?
Thaksin answered that he might do that; he was playing it day
by day. I noted that his chances of coming back as PM in the
more distant future would probably be improved if he stepped
down now. I asked whether he would like to return as PM some
day. He answered that, at this time, he wasn’t particularly
interested in being PM again. He was fairly fed up. He
claimed, however, that he couldn’t resign now, while the
government was in caretaker mode, under Thai law. He
completely dismissed the suggestion that he could not leave
politics because he needed political position to protect
against assets seizure. He said that he had not done anything
wrong that would subject him to that kind of punishment. I
urged him again to consider announcing soon that he would not

be back as prime minister, to spare the country from the
continuing political tension.

6. (C) Throughout this part of the conversation, Thaksin was
quite combative, sprinkling threats to sue his opponents into
his speech. I asked him about this, and whether he saw Lee
Kwan Yew and Mahathir as his role models. Thaksin demurred,
saying that not everything about Singapore and Malaysia was
good.

7. (C) I told Thaksin that he had changed Thai politics
forever. His party had made promises to the poor rural
population, and then kept them, such as setting up the 30
baht health plan and the village funds. Thaksin launched
into an attack on the King and his vaunted “sufficiency
economy” model. Thaksin said that he was proud of his
origins as “a peasant;” he had gotten ahead by managing debt
and risk, and this was what the rural population needed to
do. (Comment: Thaksin neglects to mention that it helps to
have prominent relatives, marry well, and get advantageous
government concessions from your friends. End comment.)
Thaksin claimed that the policies advocated by the King kept
the people poor, while TRT’s policies had changed the
countryside, making the people “smarter and richer” and less
dependent on the King. This was part of the reason for the
King’s opposition to Thaksin (ref D).

8. (C) I asked Thaksin about the coup rumors swirling
recently. He said that he had met with Army Commander Sonthi
and told him, “I promoted you to Army Commander, and I’d like
you to stay in the job. But I need to know that you won’t
give in if anyone tries to get you to participate in a coup
against me.” Sonthi assured Thaksin, he said, that as a
Muslim and therefore a moral person, he would never condone a
coup. I asked about rumors that Thaksin’s classmates from
the military academy (class 10) might launch a coup on
Thaksin’s behalf. Thaksin insisted that he was defending the
constitution and would never allow this. He had his
partisans in key coup-making positions only to prevent this
kind of intervention.

9. (C) I commented that Thaksin was lucky that the main
opposition party was so weak. The Democrat Party had not
capitalized on the opportunities presented by the current
political situation, and was not coming up with new ideas for
the upcoming campaign. Thaksin agreed. He said that the
Democrat Party was hidebound and hierarchical. The current
leader, Abhisit, was like the previous leader, Chuan —
passive and indecisive. The other opposition, the People’s
Alliance for Democracy, was also in a weak position. They
hadn’t succeeded in getting the government to step down.
They might return to street demonstrations, but they wouldn’t
muster the same numbers they had before.

10. (C) Thaksin, without any discernible irony, lamented
the weak state of Thai institutions. He said that Thai
society was “stupid” and did not understand the importance of
the rule of law. Thaksin understood this because he had
studied it, and had gotten his Ph.D. in America. He
extemporized on the importance of grass roots democracy, how
the people tell the government what they need and the
government delivers it through appropriate mechanisms. This
was how TRT worked, he said, contrasting it with the old
duffers on the Privy Council and their top-down view of
government. I pointed out that TRT had its own problems with
hierarchy, as reflected in the Free Trade Agreement
negotiations. Thaksin had proposed the FTA, but his
ministers had not toed the line. It required Thaksin’s
personal intervention to keep the negotiations moving.
Thaksin brushed aside these comments, and instead insisted
that it was still possible to complete the FTA, although he
proposed changing the name to an Economic Partnership
Agreement. I told him that we still needed to negotiate a
comprehensive agreement, whatever it was called, and he
agreed.

11. (C) There’s good news, bad news and some humor in our
lunchtime conversation. Thaksin consistently says that he

will step down after the election. This is good news,
insofar as it could end the political turmoil. He seems
unlikely to announce this anytime soon however, so the
current uncertainty may continue until the elections, at
least. Also good news: Thaksin did not ask for an
appointment with President Bush at the UNGA, as we had
anticipated. (He expressed appreciation for the President’s
prompt response to his letter, which I gave him.)

12. (C) In the larger context, the bad news is that Thaksin
seems determined to keep picking a fight with the most
respected institutions in the country. His glowing
descriptions of TRT’s democratic tradition are delusional —
his party members don’t dare sneeze without Thaksin’s
approval — and his description of the effects of TRT’s
populist policies overlooks negative effects they have, such
as the troubling increase in consumer debt. Even given the
genuine positive aspects of TRT policies, however, Thaksin is
mistaken to think that he can win a showdown with the Palace.
In addition to the historical reverence for the King, the
palace is widely viewed by civil society as providing the
only counterweight to the excessive power that Thaksin has
accrued, in part through the clever use of his enormous
wealth to distort the political system. Thaksin’s actions
will keep political tensions dangerously high over the coming
months.
BOYCE 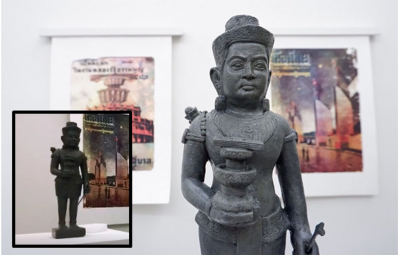 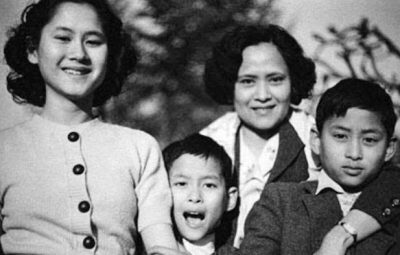 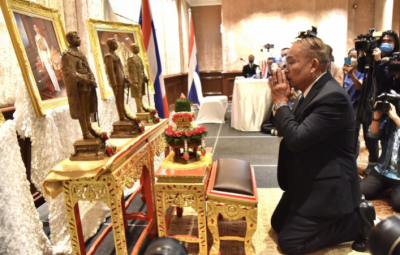 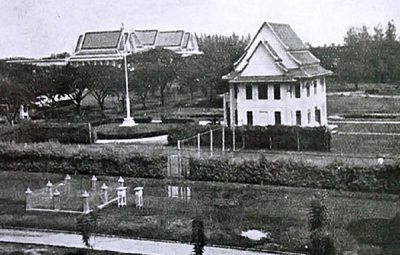 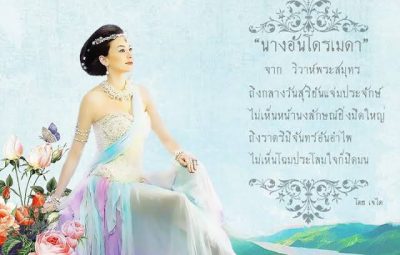